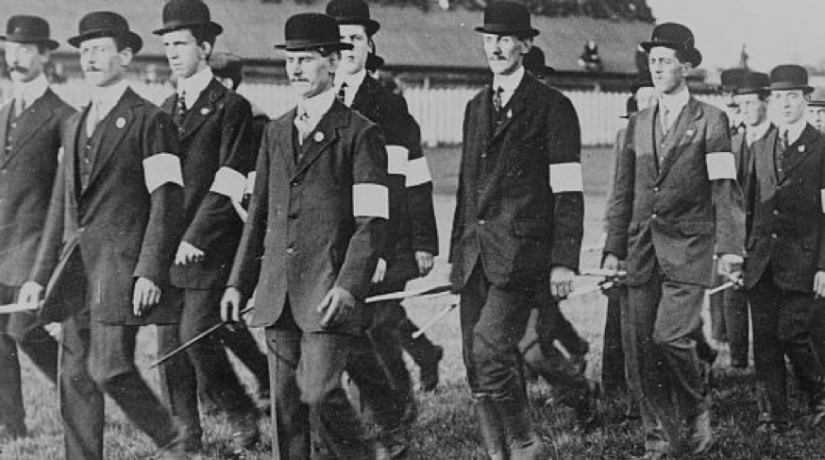 From December 12th to December 13th 2017 Matteo Millan and his ERC research team, accompanied by international invited speakers, will discuss the case of armed groups and political violence in France, the United Kingdon, Germany and the Austro-Hungarian Empire at the end of the 19th Century. The Conference will be held in Padova, at the premises of the Department of Historical and Geographic Sciences and the Ancient World (DiSSGeA).

Despite the conventional image of the Belle Époque as a time of peace, progress and optimism, the twenty years leading up to the outbreak of the First World War were a period in which the practice of organised violence was part of everyday life for thousands and thousands of male European men. Genuine paramilitary corps (such as the Ulster Volunteer Force), industrial protection groups, private police like the German Zechenwehr or the Italian Volunteer Workers, and countless shooting clubs and military training associations are all examples of the process of militarisation which shaped many European countries.

This workshop aims to address this largely understudied topic by bringing together young and senior scholars to focus on political violence and processes of militarisation in France, the German Empire, Austria-Hungary and the United Kingdom between the 1880s and 1914. By analysing political, military and social contexts as well as individual case studies, the workshop aims not only to fill a gap in our knowledge of this period but also to think afresh and from a new perspective crucial issues such as the relationship between the rule of law and political violence, the impact of armed associations on citizen bodies and mass society, the causes of the First World War and its repercussions on European society.

Online Workshop: Violence, Democratization, and the Rule of Law in the Late Habsburg Empire

Workshop: A Fragile State Monopoly? Policies and Practices of Gun Control and the Redefinition of State Prerogatives on the Global Stage, 1890s-1940s