A fragile monopoly? Firearms, self-defence, gun licence and the state monopoly of legitimate violence in Italy, Spain and the United Kingdom (1860-1960)The project is supported by the Italian Ministry of Education (MIUR) and has been selected in the framework of the national Call FARE (Framework for attracting and reinforcing excellence in Italian research). 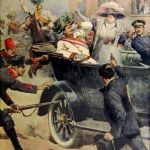 FRAGMON is a comparative historical study which examines how states devolve to private citizens their power to punish and enforce law. It investigates to what extent gun licence regulations, practices of self-defence and taking justice in hands contributed to consolidate or to challenge the legitimacy of the State in Italy, Spain and the United Kingdom from 1860 to 1960. The goal of the project is to bring about a general re-thinking of one of the most debated, though still controversial and elusive, issue of modern statehood: the state monopoly on legitimate violence.

This project uses interdisciplinary approaches, comparative historical methods, in-depth analysis in archives and a wide chronology to work upon the gap between the theoretical configuration of the category of “state monopoly” and its actual implementations in everyday life. Its aims are threefold.

First, it clarifies the legal-political framework within which states devolved their power to enforce law and to punish to private citizens. The project therefore analyses the legal, political and social debates on gun licences, commodification of weapons, self-defence regulations. Second, the project investigates practices related to episodes of self-defence and delegation of power to use violence; how perceptions of insecurity fuelled self-defence; emotional, psychological and social impacts of such practices; efforts in controlling and policing the use of weapons; the impact of these phenomena on the legitimacy of state powers. Third, FARE and PREWArAs work together and are complementary in building up an integrated and empirically-based interpretative framework to investigate the role and the impact of non-state forms of legal violence on European civil societies. The projects results tackle topics that are currently high on the public agenda, such as: the legitimacy of state and the challenges to democracy; the impact of wars and civil conflicts in increasing levels of weapons and even violence in civil society; the commodification of weapons and its influence in relation to political and ordinary violence; the relationships between individual and collective rights, private freedom and collective good. 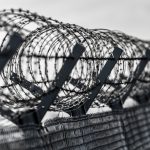 From brigandage in Southern Italy to fascist squadrismo, from 1970s and 1980s terrorism to organised crime, violence surely represents one of the fields of study most debated by Italian as well as international historians. Nevertheless, the scarce attention paid to the impact of certain phenomena over an extended period of time has prevented us from understanding continuities, forms of persistence and recurrent tendencies in the development of social and political violence throughout the history of Italy. At the same time, a historical perspective based on a narrow time focus has prevented us from considering the complex interactions between violence, political cultures and social changes. This has hindered comparative and transnational enquiries aimed at discovering similarities, as well as the specificities distinguishing features and, peculiarities of the Italian case. Today, a comprehensive assessment of the role played by various forms of violence in Italian history is still missing.

The various meetings of the seminar aim precisely to overcome such methodological and interpretative limits by adopting a long-period perspective in order to bring about a better understanding of the forms, languages and dynamics of violence, as well as of their impact on social and political practices and modes of representation.

The seminar is organised into three workshops:

The workshops aim to examine the issue of violence by taking into account the mutual relations between practices, discourses and political cultures. While respecting the approach and perspective of each paper, the seminar aims to bring together a critical analysis of discourses and contexts with the study of the social and individual dynamics which are peculiar to violent actions. By adopting such methods, the project aim to fully understand the process of ‘normalisation’ and legitimisation of the use of violence in the political sphere and therefore the dynamics through which violence is represented and perceived over time.